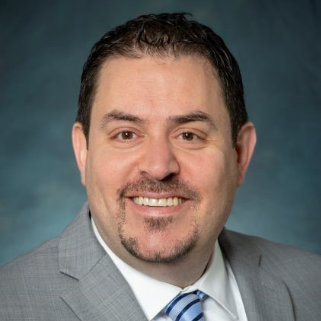 Dr. Joseph V. Sakran is a trauma surgeon, coalition builder, policy advisor, public health practitioner, and nationally
recognized advocate for gun violence prevention. He is currently Director of Emergency General Surgery, Associate Professor
of Surgery and Nursing, and Associate Chief of the Division of Acute Care Surgery at The Johns Hopkins Hospital in
Baltimore, Maryland.
A survivor of gun violence himself, Dr. Sakran's interest in medicine and trauma surgery began after a stray bullet nearly killed
him during his senior year of high school. He has subsequently dedicated his life to treating the most vulnerable, reducing
health disparities among marginalized populations, and advancing public policy that alleviates structural violence in lowincome communities.
In addition to being an active clinician, Dr. Sakran is widely known for building diverse coalitions and advocacy efforts within
public health and policy communities. Following a 2018 comment by the National Rifle Association that doctors should "stay
in our lane" with regard to gun violence prevention, Sakran launched This is Our Lane, a community of medical professionals
dedicated to reducing firearm injuries and deaths. He is the founder of Doctors for Hillary, a national coalition of physicians
who supported Secretary Hillary Clinton's 2016 campaign for president and the precursor to Doctors for Biden during the
2020 presidential campaign.
Internationally, Dr. Sakran has delivered care and sustainable solutions throughout numerous countries in Southeast Asia,
the Middle East, and Africa, with a focus on long-term interventions and capacity building that reduce the global burden of
surgical disease. He has responded to a number of international disasters including the Asian Tsunami in 2004, and the
Haitian Earthquake in 2010.
Dr. Sakran has been recognized for his public health research, specifically on firearm injury prevention. He has been honored
by the Agency for Healthcare Research and Quality (AHRQ) and Academy Health, and he is a 2020 recipient of Johns
Hopkins' Catalyst Award for pioneering research on physicians' role in educating patients on safe gun storage. In 2019, Dr.
Sakran was named a Presidential Leadership Scholar in which he furthered his research on safe gun storage. Selected by
the National Academy of Medicine to be a Robert Wood Johnson Foundation Health Policy Fellow, he was honored to serve
in the U.S. Senate in the office of New Hampshire Senator Maggie Hassan of New Hampshire, where he worked on health
policy and regulatory issues from 2019-2020.
Dr. Sakran makes frequent appearances in print and on television. He has written numerous opinion pieces for The Atlantic
and CNN.com, and his work has been featured on NPR's Fresh Air with Terry Gross, MSNBC, CNN, The Israeli Times, O
Magazine, and The Pell Center's Story in the Public Square. He has also testified multiple times in front of Congress on gun
violence prevention.
Dr. Sakran is an active leader in the medical and gun violence prevention communities. He serves on the governing council of
the Young Fellows Association of the American College of Surgeons (ACS), and he is vice-chair of ACS's International
Subcommittee for Operation Giving Back. He serves on the Brady United and frequently collaborates with other gun violence
prevention organizations.
Dr. Sakran received his medical degree from The Medical School for International Health in Israel, a unique collaboration
between Ben-Gurion and Columbia University. He later completed a fellowship in Traumatology, Surgical Critical Care, and
Emergency General Surgery at the Hospital of the University of Pennsylvania. He also holds a Masters in Public Health from
the Johns Hopkins Bloomberg School of Public Health and a Masters of Public Administration from Harvard Kennedy School
of Government. Dr. Sakran earned his undergraduate degree from George Mason University, where he first trained as a
medic and firefighter. He is a first-generation Arab-American, has lived and worked throughout the United States, Israel, and
India, and speaks Arabic and Hebrew.