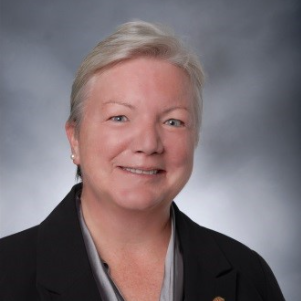 Jeanette Roberts is a professor of pharmaceutical sciences at the University of Wisconsin School of Pharmacy in Madison, WI. She recently returned to the faculty after 11 years as dean of the School. Her teaching and research interests include the evidence-based use of herbal medicines and other dietary supplements, antioxidants in cancer chemoprevention, and chemoprotection, and chemoprevention by manipulating cellular sulfur and selenium levels. More recently, she has developed interests and expertise in pharmacy in public health and global health work.

Roberts was on administrative leave during 2014-2015 and spent 4 months in South Africa working with a partner School of Pharmacy at the University of the Western Cape in Cape Town. The two schools jointly launched a postgraduate pharmacy fellowship training program in comparative global health systems, systems strengthening, and quality improvement. The first U.S. Fellow began the two-year experience in July 2015, and the plan is to host a South African fellow starting in July 2016.

She earned a BS in biochemistry from Albright College and a PhD in medicinal chemistry from the University of Minnesota. After spending two years at Los Alamos National Laboratory as a J. Robert Oppenheimer Postdoctoral Fellow, she accepted a faculty position in medicinal chemistry at the University of Utah College of Pharmacy. Along the way, she earned an MPH from Utah and served as associate dean for academic affairs for the college until moving to Madison in 2003.

Roberts was selected for two distinguished teaching awards while at Utah and recently received the Outstanding Achievement Award from Minnesota. She is a member of three national honor societies and served as chair of the Pharmaceutical Sciences Section of the American Association for the Advancement of Science in 2015-2016.