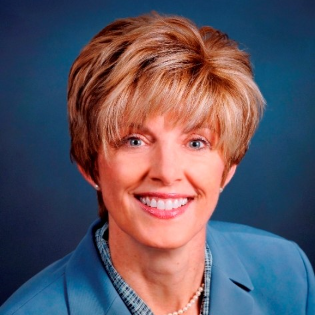 Margaret C. Wilmoth, Ph.D., M.S.S., R.N., F.A.A.N., is Professor of Nursing at the University of North Carolina, Charlotte, where she teaches and conducts research in the area of psychosocial oncology. She also serves as Brigadier General in the United States Army Reserve, currently assigned to the Office of the Assistant Secretary of Defense for Health Affairs as the Assistant for Mobilization and Reserve Affairs.

BG Wilmoth recently completed her tenure as Commanding General, 332nd Medical Brigade, Nashville, Tennessee. She commanded 6,000 soldiers assigned to 59 units across the southeastern United States and Puerto Rico, ensuring their readiness for mobilization and deployment. She also served on the Army Reserve Forces Policy Committee, which advises the Secretary of the Army on the mobilization readiness of the force. Dr. Wilmoth has served on the Gynecologic Cancer Steering Committee of the NIH and as Quality of Life Liaison to the Radiation Therapy Oncology Group.

Dr. Wilmoth's sustained work in the area of sexuality as it intersects with chronic illness has influenced and complemented the work of others to form the subspecialty of psychosexual oncology within the field of psychosocial oncology. She has developed two psychometric measures of sexuality and has award-winning publications stemming from her research, international collaborations, and student co-authored publications.