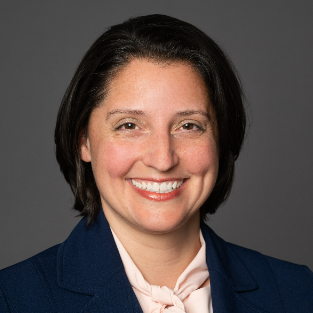 Angela (Angie) Perone is a licensed attorney and the founding executive director of SAGE Metro Detroit, the only local affiliate in Michigan of the largest and oldest organization serving LGBTQ+ older adults (SAGE USA). In five years, she has increased its annual budget from less than $50,000 to over $500,000 and tripled its staff. She also secured nearly $1.4 million in multiyear funding to support services to this community, including significant services centered around mental, physical, and nutritional health support. Prior to serving as an executive director, Perone worked as a civil rights attorney for eight years. During this time, she oversaw a national LGBTQ+ Elder Law Program at the National Center for Lesbian Rights. While in Michigan, Perone also served two appointed terms on Michigan’s State Advisory Council on Aging.

Dr. Perone's research focuses on healthy and equitable aging, caregiving, and long-term care and merges law, social work, and social science. After completing her term as a Robert Wood Johnson Foundation Health Policy Fellow, Perone will start a position as an assistant professor at the University of California Berkeley School of Social Welfare where she will also lead its Center for the Advanced Study of Aging Services.